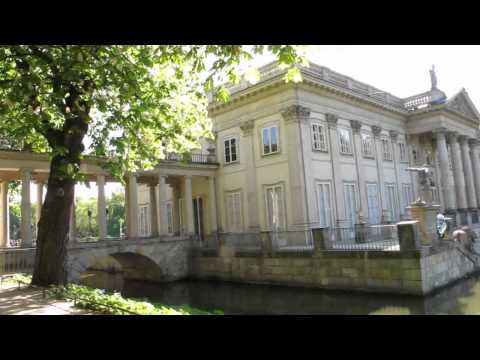 When in summer, check the schedule of free of charge Chopin concerts in the Chopin garden. It's a great open-air cultural experience.

Lazienki Park must be the loveliest, most enchanting city park in Europe. Right in the heart of the city, just south of the Old Town and Royal Route, it was once a country estate outside Warsaw's city walls. Its name, 'Royal Baths Park', comes from the bathing pavilion once located here. The estate was acquired and redesigned by the last Polish king, Stanislaw August Poniatowski, in the mid-18th century, and laid out in classical style, complete with a palace on the central lake, an ancient Roman-style amphitheatre, an orangerie and a whole wonderland of beautifully-crafted gardens.

Stepping off the wide, elegant Ujazdowskie Avenue that runs the length of the park, you descend into virtually unspoilt nature, as the city with its noise and bustle disappears beyond the canopy of trees. Winding paths and ruddy stone steps lead you down past lush lawns and thick shrubs, where you'll catch glimpses of modest, elegant outbuildings and small summer palaces from a past era. Elegantly clipped hedges open out into unexpected groves and sculpted gardens.

The central attraction of the park is the lake, spanned at its narrow neck by a quaint footbridge, a quiet rippling foreground to the stately Palace on the Water, the royal residence that stretches across its far end. The palace stands on a small artificial island and is flanked by two arcaded bridges, decked with elegant columns and windows whose reflection shimmers in the water. Visitors can view the king's private and state rooms, including the royal baths, ballroom, dining room, bedchambers, portrait gallery, chapel, and a rotunda gallery of Polish kings.

In an outbuilding behind the palace was once housed the Podchorazówka (Military College). It is here that the patriotic lieutenant Piotr Wysocki urged young soldiers and the citizens of Warsaw to rise up against the Tsarist regime, starting off the November Uprising of 1831. Today, the building houses the Ignacy Jan Paderewski Museum of Polish Emigration, which presents many collections related to Poles and Polish culture around the world.

At the side of the lake is the Roman-inspired amphitheatre, with its half-moon of bench seats fenced in by sixteen statues of ancient poets. The stage is built on a small island, separated from the audience by a narrow stream.

The park is dotted with other residences, providing the setting for quiet country escapes for the king and his courtiers, such as the White House, which boasts a fine collection of paintings and the king's original bed. In the Old Orangery, you can see one of the few existing examples in the world of a genuine 18th-century court theatre - wooden, with its original décor intact, and rich in decorative painting. The New Orangery was built in the mid-19th century to keep a collection of orange trees and tropical plants.

Just outside the park you will undoubtedly notice the grand Belweder Palace, a green-roofed structure with stately white columns at its entrance, a porcelain manufacturing plant under the reign of King Stanislaw August Poniatowski, and later the home of the Russian Grand Duke who ruled Tsarist-occupied Poland in the early 19th century. During Poland's interwar independence, Belweder Palace served as residence to Head of State Józef Pilsudski and Poland's first president, Gabriel Narutowicz. The palace now houses the Józef Pilsudski Museum.

Perhaps the most well-known and beloved corner of the park is the Chopin garden, with its towering bronze Chopin statue depicting the composer seated under a willow tree. The willow's branches stretch over his head like the fingers of a pianist over piano keys. For fifty years now, free Chopin concerts have been held in the park every weekend during the summer months, one of Warsaw's most popular cultural attractions. 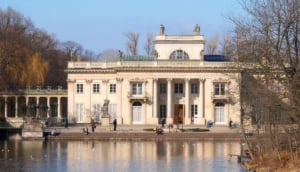 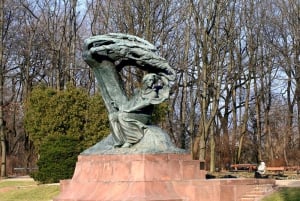 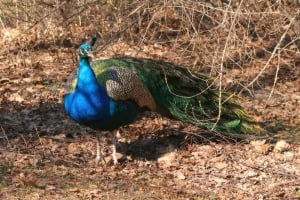 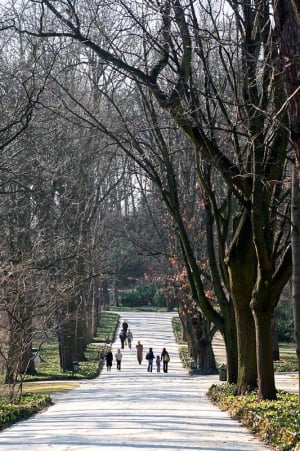 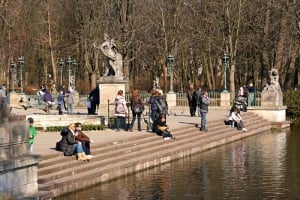