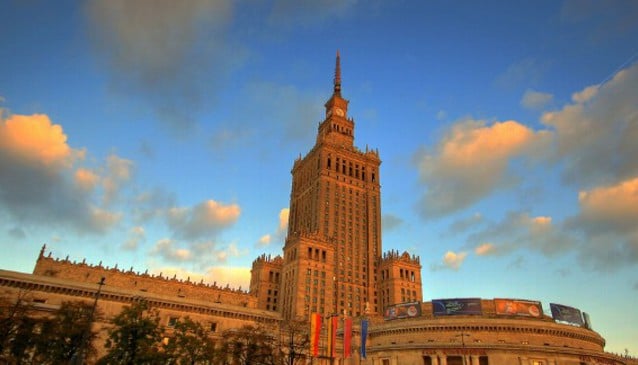 Palace of Culture and Science

Check icerink operating till March 2013 in front of the Palace!

An undoubtedly controversial icon of Warsaw, the Palace of Culture and Science was presented to the Polish people as a gift from Stalin in the 1950s. Since its opening, it has been hated, tolerated and eventually grudgingly accepted as part of the city landscape and part of city history. While many Varsovians may have wanted to pull it down as soon as Stalin's influence began to wane, it has now taken its place among the ranks of historic symbols, representing an era of foreign domination that has been overcome.

The Palace is no longer the tallest building in Warsaw, with new ultra-modern skyscrapers bursting into existence at an alarming speed, but its clock tower (the second-tallest clock tower in the world) is still one of the highest, most central and most easily recognizable orientation points in the city. The entire building is 230 meters tall, with 42 floors and 3,288 rooms.

The whole project was meant to impress the Polish people with the power, genius and generous goodwill of Stalin. In 1952, 3500 Soviet workers were shipped in, housed at Poland's expense in a brand-new suburban housing complex, and set to work at breakneck speed, completing the building in only three years (perhaps the reason why 16 of them died in accidents during construction). While the building was modeled on several recently raised skyscrapers in Moscow, the architects added details which they felt to be typically Polish, traveling round the country to view historic buildings and drawing on the architecture of Kraków and Zamosc for inspiration.

The Palace has hosted many notable events and performances, including a 1967 Rolling Stones concert - the first appearance by a western rock band behind the Iron Curtain. Inside, you'll find cinemas, theatres, museums, a conference hall, shops, offices, a swimming pool, a post office, libraries and even a university. On the 30th floor is a terrace from which you can see the best bird's-eye view of the city, at a height of 114 meters. 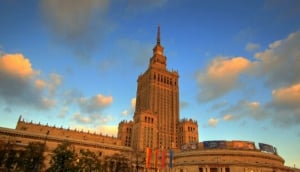 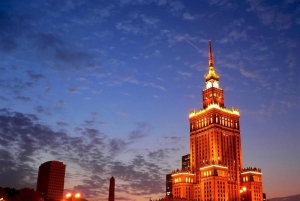