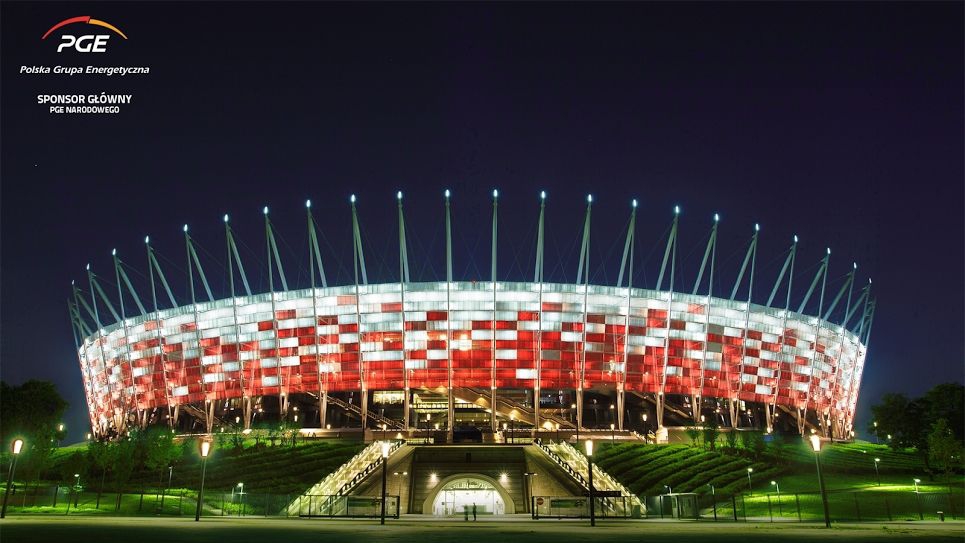 The National Stadium (Polish: Stadion Narodowy) is a retractable roof football stadium located in Warsaw, Poland. It is used mostly for football matches and it is the home stadium of Poland national football team.

The stadium has a seating capacity of 58,145 which makes it the largest association football arena in Poland. Its construction started in 2008 and finished in November 2011. It is located on the site of the former 10th-Anniversary Stadium, on Aleja Zieleniecka in Praga Południe district, near the city center. The stadium has a retractable PVC roof which unfolds from a nest on a spire suspended above the centre of the pitch. The retractable roof is inspired by the cable-supported unfolding system of Commerzbank-Arena in Frankfurt, Germany, and is similar to the newly renovated roof of BC Place in Vancouver, Canada. The stadium is also very similar to the Arena Națională in Bucharest in terms of age, capacity and the roof.

The National Stadium hosted the opening match (a group match), the 2 group matches, a quarterfinal, and the semifinal of the UEFA Euro 2012, co-hosted by Poland and Ukraine.

The stadium is equipped with a heated pitch, training pitch, facade lighting, and underground parking. It is a multipurpose venue able to host sporting events, concerts, cultural events, and conferences. The official stadium opening took place on 19 January 2012, and the first football match was played on 29 February 2012.

You can also visit the Viewing Point (part of upper stand) open every day from 09.00 am to 9.00 pm. Holder of a guided tour ticke is entitled for free entry.

The reception desk and ticket booths, where individuals can purchase a ticket for visiting the stadium and a supervisor of a previously registered group can collect the set number of tickets, are open from Mondays to Sundays from 8:45 a.m. until 8:45 p.m. and accept cash as well as payment cards. The most convenient way to reach the reception desk and the ticket booths is by entering gate No 1 from Al. Zieleniecka. 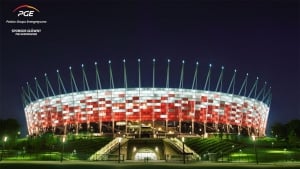 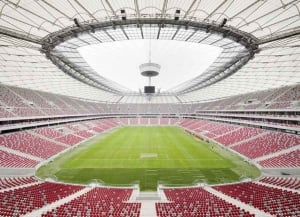 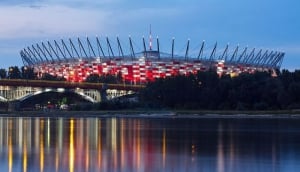